Testosterone Isn’t the Only Fuel For a Man’s Sex Drive and Performance.

HAVING PROBLEMS IN THE BEDROOM?

As a man, we all fear that we will not be able to perform in bed with our partner. Not only can this be very frustrating and embarrassing, but it may worsen as you age.

Erectile dysfunction is also known as ED. This medical condition occurs when a male cannot either achieve or sustain an erection for long or unable to perform sexual intercourse to orgasm or ejaculation. There are many causes to erectile dysfunction and when you add in our fast-paced society, this just complicates things further. There are more treatments for Erectile Dysfunction now than ever. And many have been shown to be quite effective. We will discuss the protocols performed today by the top clinicians and discuss how these treatments have provided more men the opportunity for satisfying sex life.

The actual cause of ED has never really been narrowed down to just one single specific issue. We do note that most patients with erectile dysfunction have a history of high cholesterol, high blood pressure, cardiovascular disease, and diabetes. Adding in the side effects of certain medications, excessive alcohol use, smoking, and a sedentary lifestyle can all be contributing factors. Men with considerable stress or sleep issues are also shown to have ED at a higher incidence. So, you might think you are all alone but if you sitting amongst 3 other guys at a table, it is likely that one of you has some ED symptoms. We would like to introduce you to various forms of ED treatment now available.

These are oral, cream, and injectable choices when it comes to ED treatments. PDE5 inhibitors increase blood flow to the penis, resulting in an erection. Brand names you might be familiar with include Viagra ®, Cialis ®, Levitra ®, and Stendra ®. All have been released as a generic other than Stendra ® which will gain that status around 2025. Even though they are all in the same class as each other, there are many patients who favor one over the other. For example, Viagra seems to cause a headache in 25% of men so they usually would go for Cialis. Diabetics have noted to frequently favor Levitra over the others. Each is available orally as a capsule or tablet which is ok, we guess... The problem with that is that they can take an hour or even longer to kick in. Therefore, more men have realized that taking a rapidly dissolving tablet (RDT) or troche (melts in your mouth) can reduce that time to as little as 15 minutes before kicking in. This is the reason Optimal Men’s Center chooses to carry these medications in a troche or RDT vs pill form. There are other common ED treatments we can use to treat erectile dysfunction. PGE1 inhibitors, such as Alprostadil are available in injection form as Caverject ®, a compounded cream that you apply to your penis as well as intraurethral.

The great thing is that you can include any of the above medication treatments along with Testosterone Replacement Therapy and you can have considerable erectile benefits. We will explain further below. 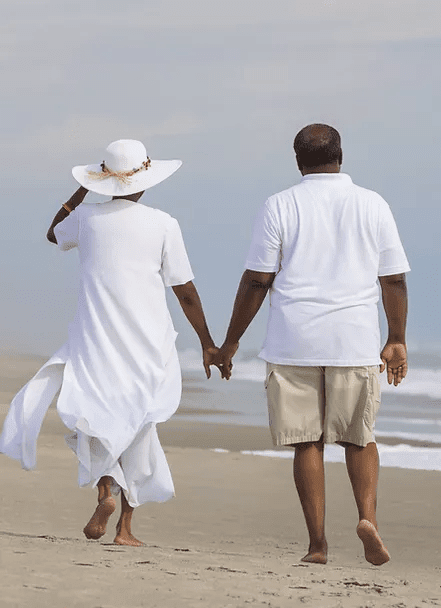 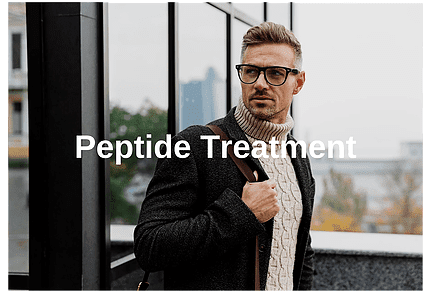 PEPTIDE THERAPY can be prescribed for many health and wellness needs. It can be used for the improvement of athletic performance, overcoming health declines associated with aging, illness, and disease, as well as its aesthetic benefits. To gain a better understanding of how Peptide Therapy works, the following materials will provide you with an overview of how our health deteriorates with aging; growth hormone and growth hormone releasers; peptides and peptide therapy; pain relief; better sleep; and sexual dysfunction. 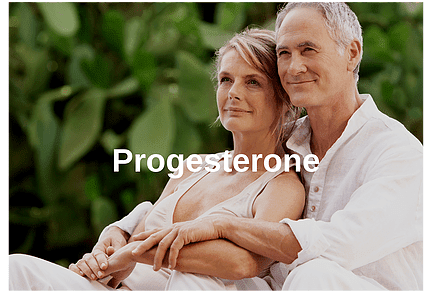 Optimal Men’s Center is one of the few TRT Specialty Clinics in Arizona that believe in the balance of Progesterone in men. But other clinics are catching up and recognizing the risk of progesterone deficiency. In fact, research has been examining its use since the ’90s. But its supplementation is greatly underutilized. We need to be clear though…we are not talking about synthetic Progestin but bio-identical Progesterone. NO, you won’t become a woman from this!

Other ED Medications to Consider... 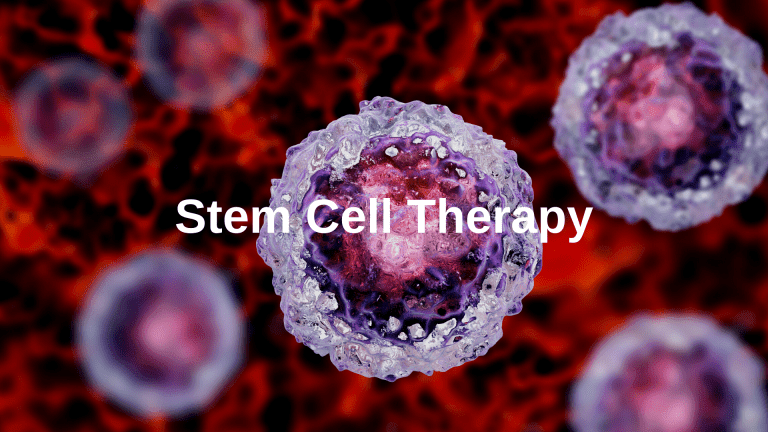 Stem Cell Therapy, often used in conjunction with PRP, can generate much stronger male sexual performance while boosting sexual pleasure. Stem cells are introduced directly into the source, which then rejuvenates tissue and dormant cells. 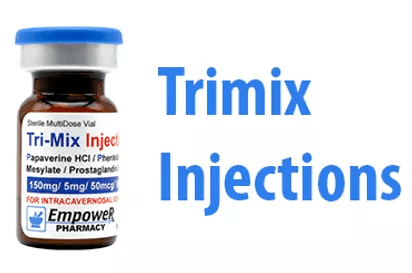 Trimix is a combination of 3 different medications that are designed to produce and maintain an erection. It is used as essentially a direct manual override, which involved an injection into the shaft of the penis, causing an erection within 5-10 minutes. This erection typically lasts 30 minutes or sometimes longer. Patients that are unable to tolerate oral ED medications because of their side effects, can use this localized formulation with high success. Erections can be achieved regardless of the condition or cause of a patient’s ED, from a reduction in firmness to a full prostatectomy. 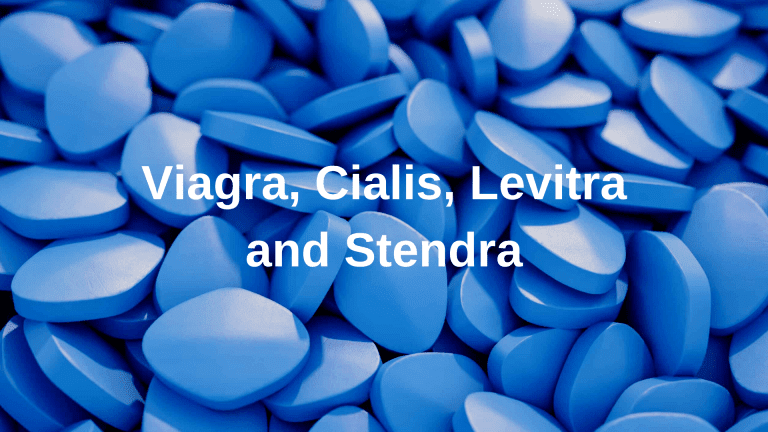 PDE5 Inhibitors, such as Viagra, Cialis, Levitra, and Stendra work by relaxing the muscles of the blood vessel walls allowing for additional blood flow to the penis. Cialis can be taken daily for maintenance or as needed for sexual activity. The medication has been shown to cure erectile dysfunction for up to 36 hours when used as needed. The other three oral medicines relax the muscles of the walls of the blood vessels (vasodilator) facilitating increased blood flow to the penis.
These medications are only used as needed, taken 45-60 minutes prior to sexual activity, and then the increased benefits can be experienced for up to 4-5 hours. 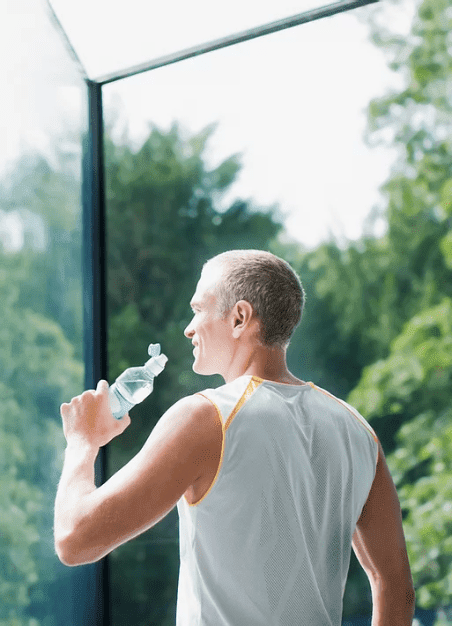 Think of it with this analogy. You are on TRT. You go to the gym, lift weights thereby stressing the muscle and forcing it to adapt, so it grows. Bigger muscle, more strength, less energy to do the same thing (gain efficiency or fitness). TRT allows that to occur because it causes an anabolic (growth) effect but without stressing the muscle with activity not much will really happen.

Ok. Now, let us talk about why those with erectile problems can improve their own erections by using TRT along with ED medications. We are not talking about a “use it or lose it” situation here but just like not exercising for a long time reduces fitness, not getting many erections eventually deconditions that tissue also. The penis contains a mixture of smooth muscle, elastic and collagen fibers as well as nerves, arteries, and veins. At the base of the penis is the pelvic floor muscles.

So, just imagine going to the gym and exercising is like having some stimulation against your penis (a good kind of stress). If you could maintain an erection for 2 minutes prior to taking that Viagra and now it’s up to 6 minutes, that is a 300% increase! However, the medication did that, which is fine. But, let’s say you have sufficient testosterone now (via TRT) to repair and recover all of your muscle tissues with plenty to repair the damage that was exerted against your penis.

Remember, when you stress something, it adapts. And that being the case, the penile tissues just realized they had to stay engorged 3 times longer than before. The penis goes back to its normal size after engorgement but something else that happens is it becomes more efficient at staying erect. We are not just talking about using an ED medication for one-time use, one and done, no benefit received. Because you are in an anabolic state, your penile tissues will adjust. And the more you get erections, and the longer duration of time, the further this cycle will continue. This is reason men on TRT almost always report better erections and even those with more advanced ED and administered TRT can benefit too. We do know that between 70-80% of patients with ED difficulties can greatly improve their sexual health.

Those that do not respond well to traditional PDE5 and/or PGE1 inhibitor treatments, along with the TRT therapy had a few more choices. These included either a vacuum device or an implanted penile prosthesis.

Another choice now involves a new form of peptide therapy. This peptide treatment has been an astonishing innovation for treating erectile dysfunction symptoms. It will also work for those who are trying just to even enhance their own sexual performance. This peptide, known as Bremelanotide (PT-141), was developed from the peptide hormone Melanotan II. In initial testing, the hormone-induced tanning. Additionally, it caused sexual arousal and spontaneous erections as unexpected side effects in 9 out of 10 original male volunteer test subjects.

So, much like Viagra was supposed to be a blood pressure medication but changed to an ED drug because it caused erections, this peptide eventually requested, and was approved, by the FDA for sexual arousal disorder in women. Interestingly, it works for men and women and does not act upon the vascular system. Therefore, men who do not benefit from drugs like Viagra and Cialis can see results. Its action is upon the nervous system.